The purpose of the Central Coast Academy of Sport Greater Bank netball program is to provide a localised training environment that allows eligible aspiring young Netballers’ of the NSW Central Coast region to access quality development opportunities and support as they progress through the Netball NSW pathway.

The Central Coast Academy of Sport Greater Bank Netball academy program is aimed primarily at individual skill development with a focus on preparing scholarship athletes for NSW state team selection and the further representative opportunities that may present themselves.

In addition to athlete development, the academy program also focuses on development and the further educating of local coaches and umpires under the Netball NSW guidelines.

The Central Coast Academy of Sport will hold a ‘learn to trial’ day in December 2021. The selection trials will then be held in late January 2022.

Academy selection trials are open to aspiring young athletes from Central Coast Netball Associations. Athletes must meet the eligibility criteria for the program (**Please note that the age group for 2022 will be slightly different than previous years)

Each applicant is reviewed by a selected panel of CCAS coaches and administrators, with representative/s from Netball NSW being consulted regarding the suitability of trialing athletes.

The CCAS decision/s regarding athlete selection is based on objective and subjective measures and the CCAS holds final responsibility for the selection of athletes.

The program operates under Netball Australia and Netball NSW guidelines to up-skill athletes and prepare them for state team trials.

Together Netball NSW and the Regional Academies of Sport (RAS) create a supportive, challenging and fun culture to introduce athletes, umpires and coaches with identified talent to performance sport. Programs will focus on long term individual development and will lead the way in transforming potential on and off the court.

The CCAS program will provide athletes, umpires and coaches with opportunities to train in the Central Coast region as a squad and also come together to attend the Academy Camp, the Your Local Club Academy Games (Wagga Wagga 2022) and the Academy Challenge (Port Macquarie 2022).

To be eligible for a position within the 2022 CCAS Netball Program, athletes must be: 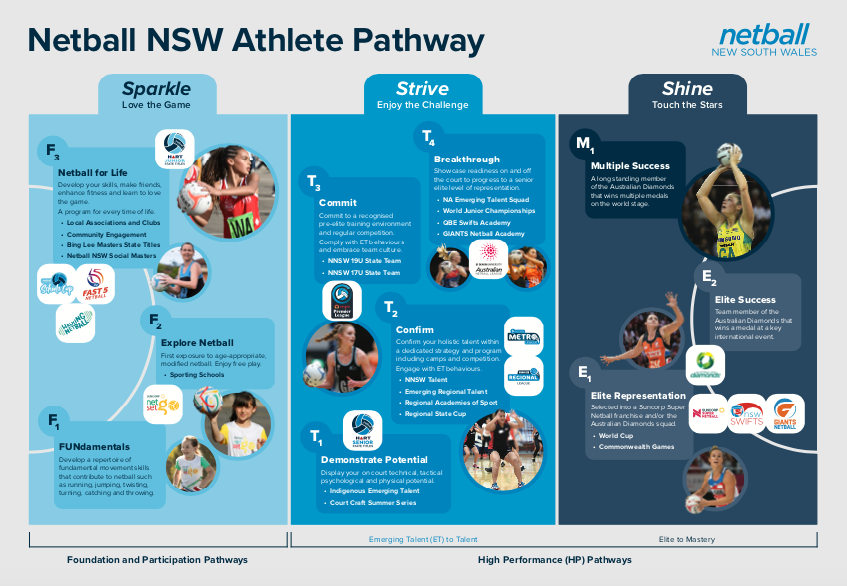 Athletes selected to this program will receive a minimum of thirty (30) hours on-court training, skill development, strength and conditioning, education, personal development and opportunities to represent the Central Coast Academy of Sport at annual major events including the Your Local Club Academy Games.

Please note, an additional tour fee relates to athletes selected for the annual Your Local Clubs Academy Games and other tours.

Sorry. This form is no longer available.

(Athletes must have completed CCAS application form to attend).

CCAS are calling for Expressions of Interest to join the coaching roster for 2022. Anyone interested is encouraged to apply “HERE“: